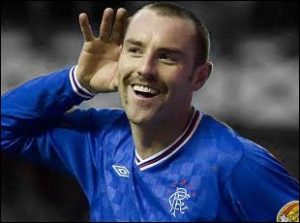 HMRC said that these were payments rather than loans. The First Tier Tribunal (FTT) said they were loans. HMRC lost.
The case, and the tax said to be owed, was a major in bringing down Rangers Football Club.

It was a crushing HMRC defeat but they quickly decided to appeal. They have now lost that appeal. The tribunal judge Lord Doherty ruled against HMRC and in favour of Rangers. It confirms that the EBTs and offshore umbrella companies were completely legal.

However, they didn’t like it when this nice scheme spread to the likes of actors, pop artists, footballers and comedians. Nowadays, contractors and freelancers us them. Many of them are in offshore umbrella companies.

Now, after this huge HMRC defeat, freelancers and contractors who use offshore umbrella companies can sleep more safely in their beds at night.

A spokesman for Murray International holdings (MIH) which owned Rangers and made the offshore payments to players said:-

“We are pleased with the judgement. It again leaves negligible tax liability. It overwhelmingly supports the views collectively and consistently held by our advisers, legal counsel and MIH itself”.

Rangers were forced into liquidation in 2012 by HMRC.

HMRC appealed this case again and won. Rangers are now going to appeal that to the Supreme Court.

Offshore Umbrella Companies and how they work